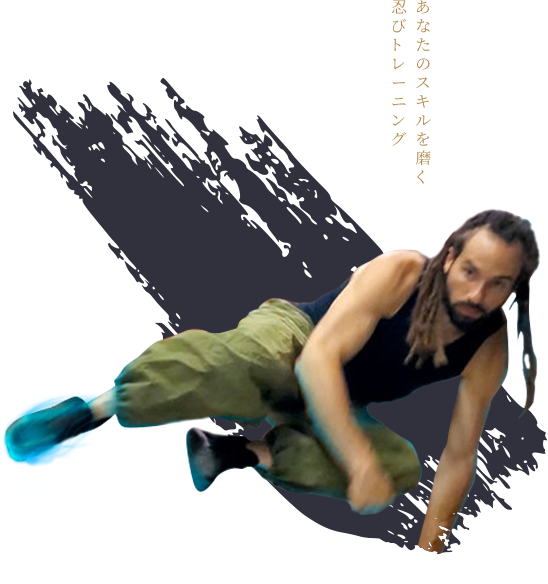 People all over the world are being introduced to a method of physical education and real-world fitness called MovNat. Not many people realize how closely related MovNat is to the practice is Parkour. As MovNat seems like a very beginner friendly approach, Parkour has a reputation of being a dangerous “extreme sport”, that most people wouldn’t dare attempt. The truth is that Parkour can be taught the same way as MovNat, and MovNat can be practiced at the same level of intensity as Parkour. Furthermore there are no skills in Parkour that are not within the MovNat scope of practice.

Both Parkour and MovNat are chiefly influenced by Georges Hebert’s Methode Naturelle. Parkour adapted the movements to an urban environment, and MovNat looked to update the system to be more relevant to the modern human.

Georges Hebert was a French naval officer stationed on an island when a volcano erupted. He managed to coordinate the rescue of 700 people, but in the process noticed the physical in-capabilities of many people moving through the rough terrain throughout the event. He revised his idea on how fitness should be approach and created what we now know as the modern military style-obstacle course. With this kind of equipment, he could teach all manner of natural movement. He later created the Methode Naturelle.

David Belle’s father was a practitioner of Methode Naturelle, and follower of Georges Hebert’s. David Belle is also known as the founder of Parkour, and was part of the team that brought the practice into the spotlight. He devised Parkour as a method of moving over, under, across, or between obstacles by running, jumping and vaulting. These skills were adapted from David Belle’s upbringing with his father’s Methode Naturelle, adapted to a more urban environment. Because of the emphasis on efficient movement from one place to another, many aspects in Methode Naturelle were not included, such as combatives, lifting, throwing, and swimming to name a few.

MovNat was created by Erwan Le Corre as a system to teach natural movement to people living in the physical condition of this day and age. MovNat was greatly inspired by Georges Hebert’s work (among others) but addresses the issue that the way people move, and the complexity of their imbalances are different then they were a century ago when Methode Naturelle was devised. People today have different needs, especially at entry level, and MovNat is a system that is formatted to be accessible to everyone no matter their current level of physical capability.

Both Parkour and MovNat share the common inspiration of Georges Hebert’s Methode Naturelle. Parkour specializes on the locomotive skills, while MovNat includes the elements of lifting and manipulation, as well as Aquatics and Combatives, which are largely left out of Parkour. Every skill in Parkour is included in MovNat’s system, but MovNat presents these skills in an accessible way that breaks the intimidation factor that comes with Parkour. People who don’t feel athletically inclined may never even look twice at the demanding physical practice like parkour that appears to be for the young, brave, and bold. Seeing the same skills regressed can give such people an entry level from wherever they stand in their physical capability.

I think Parkour offers something that you don’t get in a typical MovNat practice; the flow and freedom of movement of chosen obstacle courses in urban environments is a unique application indeed, and I feel like MovNat compliments that approach but helping people get comfortable enough in the basics that they can pursue the parkour pace with more confidence and with less risk of injury.

You may want to get into Parkour and you’re looking for an on-ramp. Maybe you’re not at all interested in Parkour and just want to move better, or get in shape (whatever that means to you!). You might have a goal of improving the way you use your body in your favorite sport or recreational activity so that you can continue doing what you love late in life. Whatever your motivation is, a Natural Movement practice will help to build an airtight foundation, gradually improving body-awareness and pruning inefficient habitual patterns that can hinder our performance, waste energy, and cause abnormal tension and pain.